Items are presented for information purposes only.  Opinions expressed in the articles do not necessarily represent the views of Cornerstone Community Church 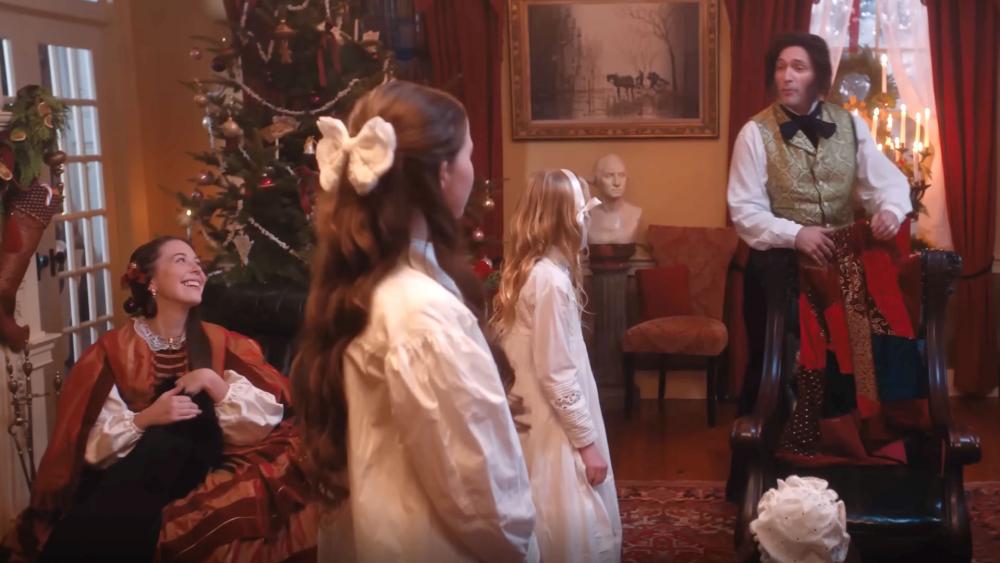 The Christian theater company Sight & Sound has announced its first-ever feature film that tells the compelling true story of the life and faith of the American poet who inspired the Christmas carol "I Heard the Bells on Christmas Day."

"I Heard the Bells" will be produced through Sight & Sound's movie branch, Sight and Sound Film, and will highlight the life of Henry Wadsworth Longfellow.

Longfellow wrote the poem "Christmas Bells" in 1863 during the Civil War, and it inspired the holiday song "I Heard the Bells on Christmas Day."

"It tells the story of the Christmas Carol and how it came to be written by Henry Wadsworth Longfellow, who experienced several tragedies throughout his life that took him down a path of losing faith," Katie Miller, Director of Marketing & Communications at Sight & Sound, told MovieGuide. "It really is a story of his rekindled faith on Christmas Eve through a set of circumstances that inspires him to write the poem, 'I Heard the Bells on Christmas Day.'"

Sight & Sound is known for its inspiring, faith-filled on-stage productions and this full-length feature film is no different.

"We are super thrilled to be taking the next step of the Sight & Sound story and venturing into producing feature films," Miller said.

She adds, "With our very first one coming to movie theaters this December, we're really excited about the opportunity to go beyond Bible stories. On stage...Bible stories is where the Bible comes to life. But Sight & Sound Films will tell true stories of historical figures who changed the world because Christ first changed them."

According to the film's website, Longfellow leads an idyllic life "until the day his world is shattered by tragedy. With a nation divided by Civil War and his family torn apart, Henry puts down his pen, silenced by grief. But it's the sound of Christmas morning that reignites the poet's lost voice as he discovers the resounding hope of rekindled faith."

While this film is a new venture for the Sight & Sound team, Miller shares that previous on-set experience made working on a film a smooth transition.

"From the very beginning, we have been storytellers," she added. "Theater was the way that we told stories, a way that we tell stories, and that has grown throughout the years. We went from being an only in-person Theatre Company to online streaming (with) Sight & Sound TV. Now to take that storytelling to yet another platform of feature films and movie theaters just feels like the most natural step for us because cameras have been a part of our organization and our ministry since the very beginning."

Miller adds that Sight & Sound Films will bring Bible stories to the big screen, but the production group will also share stories that keep the Gospel message at the center of its movies.

"It all is pointing back to the gospel," she said. "So whether we are telling Bible stories or telling other inspirational true stories, the purpose behind all of it is to inspire and is to draw people closer in their walk with Christ. No matter what stories we tell that will be the foundation of who we are and what we do."

She continued, "We wholeheartedly believe that the stories in the Bible and the story of the Bible is continuing to unfold today and has been unfolding throughout all of history," she continued. "To be able to tell some of these other historical stories that changed the world, of true lives and events in history—that we're not the same because of them—is something that we're just incredibly excited to see unfold in the future."

"I Heard the Bells" will be in theaters for a limited time starting December 1. You can purchase tickets here.

***Please sign up for CBN Newsletters and download the CBN News app to ensure you keep receiving the latest news from a distinctly Christian perspective.***